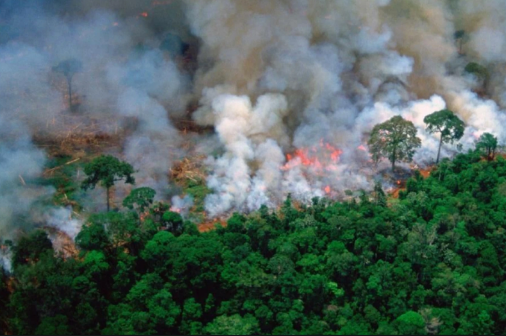 It is no doubt that everyone has heard about the Amazon forest fire by now. In this modern world, where information can be literally passed around in seconds, with the help of technology, it is absolutely shocking to find out that the fire started weeks ago and no one was aware of it till recently.

Wildfires often occur in the dry season in Brazil but they are also deliberately started in efforts to illegally deforest land for cattle ranching. Cattle ranching is the largest driver of deforestation in most countries, accounting for 80 per cent of current deforestation rates.

The skies of the city of São Paulo were a dark grey, even in the day, and looked like the aftermath of an apocalypse at three in the afternoon. There was a report of a ‘blackout’ because of the smoke from the fires. The forest is 3,200 kilometres away from the city.

There were more than 74,000 wildfires this year alone in Amazon, which is an 84 per cent increase from the previous year. About 640 million acres of rainforest has been affected. The damaged land now cannot be used for cultivation.

It is infuriating that people did absolutely nothing to help, while our bio-diversity was being swallowed. Finally, Brazil has agreed to accept the aid from the G7. The most we can do from thousands of miles away is reduce our paper and wood consumption. Reduce, reuse and recycle because remember this isn’t climate change anymore, this is climate crisis.