Walking on the Xian City Wall 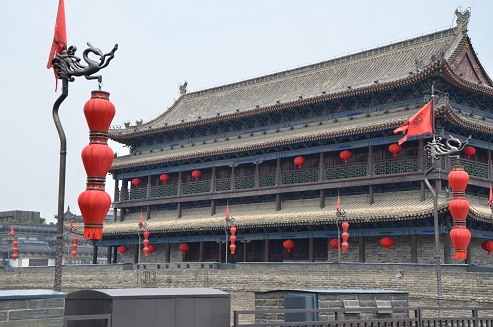 Walking on the City Wall ,As you leisurely stroll on some of the ancient city wall, you can best enjoy its inner and outer walls, watchtowers, moat, and landscaped environs, as well as slightly elevated views of the city. Having an expert guide will help you appreciate the city wall’s history.

It is recommended that you visit in the late afternoon for the best combination of temperature and light for photography. It is also wonderful to stay till evening and enjoy the colorfully-lit wall and Xi’an night views.

The rental fee for a normal bike (not a tandem) is 40 yuan per bicycle for 1½ hours. We recommend that you rent a bicycle at the foot of the wall for a better price.

The Xi'an City Wall International Marathon is the only marathon in the world on an ancient city wall (though there is also a Great Wall Marathon). It is a grand event combining history, culture, and marathon running. The event was founded in 1993 and has been held annually since.

Why the Wall was Built

Xi'an City Wall was erected in the 14th century Ming Dynasty, under the regime of Emperor Zhu Yuanzhang.

When Zhu Yuanzhang captured Huizhou, long before the establishment of the Ming Dynasty, he was admonished by a hermit named Zhu Sheng, who told him to "build high walls, store abundant provisions and take your time in proclaiming yourself emperor", advice heeded by Zhu Yua.